The single purpose of an efficient Virtual Private Network (VPN) should be to keep you safe and protected while connecting to public networks such as the Internet. But the VPN market is so huge,

There are tons of different flavors and colors. They come as enterprise-scale, personal, or free, and with different speeds, encryption protocols, features, prices, etc. It is so easy to get overwhelmed.

To begin with a VPN, it is a good idea to start right from your personal computer. In this review, we’ll go over eleven of the most popular and best VPNs for 2021, especially for personal use. If you are interested in protecting privacy or want to break geographical boundaries, keep reading.

Key Considerations for a VPN in 2021.

What is a VPN? In a nutshell, a VPN is a tunnel created from your computer to another computer that creates a secure private network between these computers. (Refer below to the explanation of Wikipedia)

When choosing a VPN service, always consider the following factors: security, speed, ease-of-use, advanced VPN security, and additional features. And of course, price is also a big factor. There are tons of different VPN solutions, from enterprise to personal, that vary significantly in price. In this review, we are considering only VPNs for personal use, which more or less have similar pricing.

Security is probably what brought you here. A VPN gives you identity protection, online privacy, anonymity, avoids ISP throttling, secures your IP, etc. A VPN hides ( or encrypts) your public IP address so that your actions are 100% untraceable.

VPNs can use different protocols such as OpenVPN, PPTP, L2TP, IPsec, SSTP, and iKEV2. These protocols provide different levels of encryption. One of the most reliable encryptions today is the 256-bit AES encryption.

Some VPN service providers have had a bad reputation for keeping browsing logs. Today almost all providers guarantee the zero-logs policy, which is a policy that forces them not to keep any of your browsing logs.

Browsing, streaming, or downloading without a VPN will always be faster (than with a VPN), with some exceptions where the Internet is highly regulated. So, it doesn’t matter which VPN you use; it will always impact your bandwidth speed, somehow.

VPN speed is tightly related to the level of encryption, as it takes extra processing power to encrypt and decrypt Internet messages, which adds to the overhead of a VPN connection. For example, the OpenVPN protocol has an excellent reputation for being secure and fast, but PPTP can be faster but less secure.

VPN Speed is also slightly affected by VPN server geographical proximity. A VPN service that has more coverage around the world will likely get you better speeds.

VPN technology is always evolving. Below is a list of some new and advanced security features that double your security.

You want a VPN for what it is, a safer Internet experience. Some VPN software is often flooded with tons of extra features and buttons that make the overall VPN experience complex. Ease of use should always be a top consideration when choosing a VPN.

Some VPN services offer a one-click connection button with simple software, which a larger percentage of day-to-day users prefer.

Aside from providing security, VPNs are often used for avoiding ISP blockage and throttling for sensitive traffic such as P2P, or for streaming media, or games from different geographical locations.

The list of the best 11 VPNs of 2021 has been arranged bottom-up. We have included a brief description, important features, and price.

PureVPN is a Hong Kong-based VPN provider by GZ Systems. Their service has a good reputation for being fully featured and for having top average speeds. They have VPN servers across 180 different locations over 140 countries, and with more than 2000 servers.

PureVPN has been providing services since 2007, so it has a full list of features and wide support for many security protocols such as PPTP, OpenVPN, L2TP/IPSec, IKEv2, and more. The service supports a multi-login for up to five devices per account and you can pay through popular cryptocurrencies such as Bitcoin.

There are apps for Windows, Linux, macOS, Android, iOS, Chrome, Firefox, routers, Kodi, Android TV, Firestick TV, and more. PureVPN is also one of the only providers to offer VoIP servers.

Private Internet Access (PIA) is one of the cheapest VPN services that manage to provide solid, secure, and fast servers. PIA has over 3,335 servers across 30 different countries. The service offers excellent coverage for areas such as Europe or North America, with servers distributed all over. Still, it has inadequate coverage in other world areas, such as Middle East, Africa, Asia, Oceania, and South America.

PIA supports multiple VPN protocols such as PPTP, L2TP/IPsec, SOCKS5, and OpenVPN. It also supports P2P for torrenting in all server locations, with advanced features such as port forwarding. PIA allows a maximum of ten devices with simultaneous connections at unlimited bandwidth.

TorGuard was initially designed to provide safe and anonymous torrenting, but it has grown beyond that.

Now, TorGuard provides the availability to 3000+ servers across 55 different countries. The service offers fast, secure and reliable VPN servers with zero log-keeping.  All VPNs are unlimited in speed and bandwidth.

TunnelBear is primarily known for its funny and playful design. But don’t get fooled over the bear jokes, TunnelBear has an impressive easy-to-use but powerful VPN with basic functionality. It has 1000 servers over 23 different countries.

The service is offered through the basic platforms, from Windows, macOS, Android, iOS, and a browser extension. TunnelBear allows a maximum of five devices with a single account. TunnelBear is another provider that offers 100% free VPN, but with a limited 500MB of secure browsing.

Windscribe is a Canadian VPN provider that offers a desktop application and a browser extension to block ads and trackers. They promise to restore all access to blocked geographical-based content. Aside from offering a low priced and flexible licensed service, they also offer a 100% free version.

Windscribe has an intelligent algorithm called, R.O.B.E.R.T that blocks IPs and spoof domains. They also offer a wide range of privacy features.

The commercial Windsrcibe VPN gives you access to an unlimited number of connecting devices and unlimited data. You can connect to over 400 servers in 60 different worldwide locations.

IPVanish is another highly competitive VPN service in the market. They are known for providing solid 24×7 customer support. If you are running into trouble with your service, you can even contact them through the iOS or Android app. They are one of the cheapest among the top VPNs.

The IPVanish provides end-to-end 256-bit AES encryption while allowing its users to connect to more to over 75 different server locations. They have over 1300 servers with an impressive 40,000 shared IPs. They support a maximum of 10 devices per VPN connection. Their service is supported by Windows, Linux, macOS, iOS, Android, ChromeOS, FireTV, and Routers.

Hotspot Shield has become popular mainly because it was one of the first VPN providers to offer both a 100% free and a commercial version of their software. The free version works ok but has a lot to offer (of course, it is free), and it is supported by ads. But on the other hand, the commercial Hotspot Shield has unlimited bandwidth and access to more than 2500 servers across 70 countries.

Hotspot Shield supports a maximum of five simultaneous connected devices. It is easy to install and use, and it is supported by most known platforms, such as Windows, macOS, iOS, Android, and Chrome.

CyberGhost is one of the top VPN service providers known for online privacy and with a strong focus on streaming and web browsing. They have a simple and easy-to-use client packed with rich features. CyberGhost has a slightly higher price compared to other competitive VPN providers.

Cyberghost has over 5500 servers distributed across 112 locations in 90 countries. Their VPN is supported across different platforms, from Windows, macOS, Linux, iOS, and Android. It can also be installed with browser extensions, TVs, and routers.

SurfShark is one of the few VPN newcomers that managed to rise quickly to the top. They offer fast, reliable, and secure servers with high availability. Their service is available with over 1040 servers in 61 different countries.

They also support common VPN use cases such as anonymity, streaming, and torrenting. SurfShark supports an unlimited number of devices within the same account. The service is very competitive in terms of support, functionality, availability, and speed.

NordVPN is a reputable VPN service that has been the number one VPN service for a long time. This Panama-based VPN provider counts with one of the most extensive networks with over 5370 servers across over 60 locations in different countries. Their service is popular for being fast and secure.

NordVPN is also well known for being one of the best for streaming. It unlocks the censorship and regional restrictions of services such as Netflix, Hulu, Amazon Prime, BBC iPlayer, and many more, without any additional configuration. In fact, it is one of the only services known to bypass the new Netflix complex detection mechanisms.

ExpressVPN is considered one of the best VPN services for speed and privacy. The service offers unlimited bandwidth with ultra-fast VPN servers at decent pricing. They have over 3,000 servers available in over 94 different countries and 160 server locations.

ExpressVPN is cross-platform. It runs on different OSs, mobiles, browser extensions, and even routers. They support a maximum of five connecting devices.

Now, that you have started searching for a VPN, you’ll notice that there are a plethora of different providers. And what makes it more overwhelming is that pretty much all VPNs offer a different kind of service, price, features, and performance.

Now, you don’t have to go browsing for lists of hundreds of VPNs, the best 11 VPNs for 2020 shown above are popular choices that are compatible with most devices, have tons of server locations, are feature-rich and have a decent price.

What is a VPN? 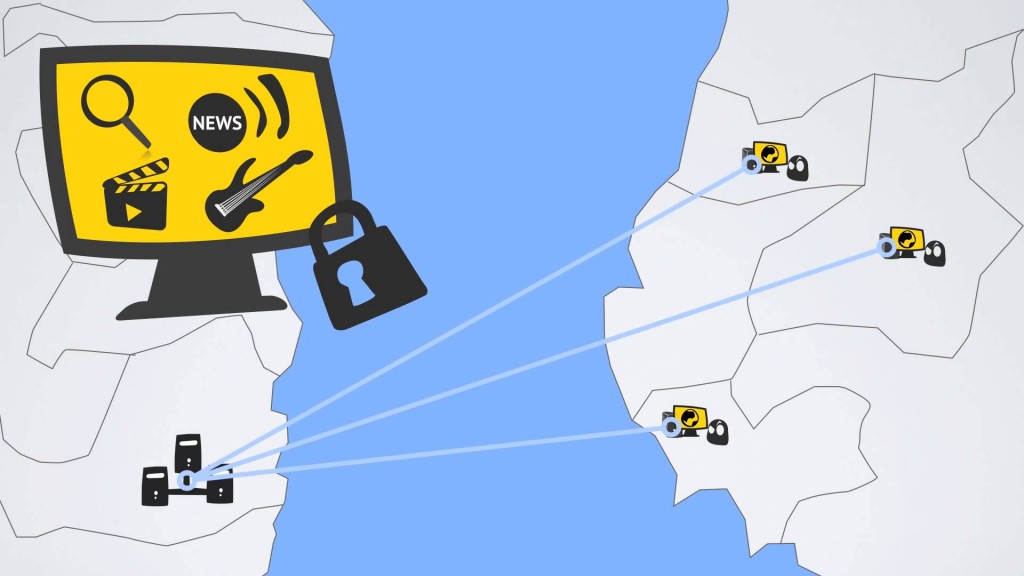 A VPN or Virtual Private Network is a method used to add security and privacy to private and public networks, like WiFi Hotspots and the Internet.

VPNs are most often used to protect sensitive data. Personal VPN is increasingly becoming more popular as more interactions that were previously face-to-face transition to the Internet.

Privacy is increased with a VPN because the user’s initial IP address is replaced with one from the VPN provider. This method allows the user to attain an IP address from any gateway city the VPN service provides. For instance, you may live in San Francisco, but with a VPN, you can appear to live in London, Hong Kong, or any number of gateway cities. (What Is My IP)

Why you need a VPN?

Prevent ISPs from spying you and throttling your speed.

You can't get hacked while using public Wi-Fi.

Pairing a VPN with a Seedbox

If you have a seedbox, you are one step in the right direction. As you may have noticed, I wrote that ‘FTP usage is highly unlikely to be monitored’. This is because it is possible to monitor that traffic and it could happen in the future if rights holders become savvier to seedbox usage. The solution to this monitoring is a VPN.

A VPN sends all your internet traffic through an encrypted channel to another computer. This other computer sends out your request and sends you back the data still in an encrypted form. This means all your ISP and potential monitoring agencies see is how much traffic you use, not what you are using it for.

So if you use a VPN and a seedbox, firstly you aren’t downloading any torrents on your home connection. Secondly, when you are downloading files from your seedbox, you are doing it through an encrypted VPN connection which no one can intercept.

The only weak spot with providers is the fact that some of them may log your usage and that may be traceable back to you. Seedbox Guide can vouch for a few providers that we have used and had great experiences with. None of the following service providers log their users.